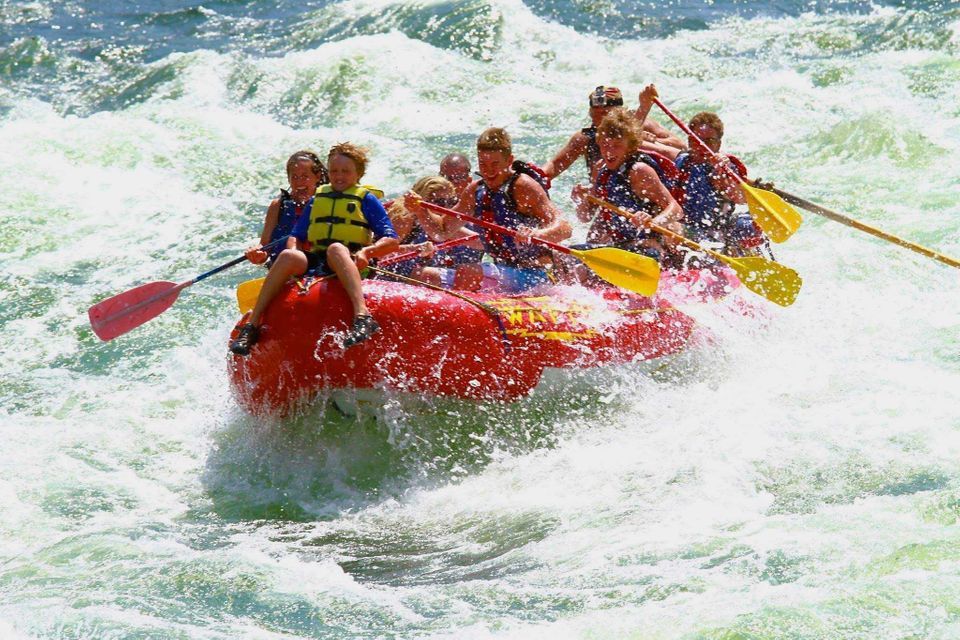 What better place to let your spirit run free than in the unencumbered natural flow of Idaho's Salmon River? Much of the river deeply dices the landscape into spectacular displays of geologic wonder as expressed by the calligraphy of nature's language written on walls of a canyon deeper than the Grand Canyon.

We run several sections of the lower 100 miles of river, varying from 1/2- to 6-day adventures. This allows several options, from mild to wild rapids.

Riggins: The sections above and below Riggins offer the most rapids mile-for-mile. The wildly popular half- and full-day trips make this an affordable way to get some exciting whitewater for families, groups or drop-in travelers.

Lower Gorge Below White Bird: Three- to six-day whitewater journeys are food for the soul as you travel through majestic canyons and camp on legendary big white sandy beaches as the Salmon River makes its way to the confluence with the Snake River at the bottom of Hells Canyon. The rich geographic landscapes, swimming beaches, delicious meals, and mosquito-free camps are just a few of the highlights of this captivating trip.

Honoring Treaties and Indigenous Perspectives in our Journeys

I was born in indigenous lands of Oregon, but as a person of European ancestry, that fact was not something I originally appreciated under the European influence I was raised under. My education in history was sanitized by a racist system that stemmed from white supremacy, settler colonialism, and cultural genocide of native people via the manifest destiny doctrine that helped justify stealing land in the entire process. Treaties were the legal instrument of land theft by the original federal government as title to the western frontier was gained.

Even later in life, as a trained wildlife biologist, I missed the important value of indigenous wisdom and their traditional ecological knowledge that was based on a worldview of interconnectedness and reciprocity of all relationships versus domination and control over nature as practiced by the mainstream worldview.

While my Eurocentric predecessors have an atrocious record of breaking treaties, it does not erase current obligations of today's dominant culture. To help move more equitable environmental justice forward, it is up to people of today to do the best we can to rectify previous wrongs, broaden cultural awareness, and honor legal responsibilities to improve sociological, economical, and cultural relationships.

It took me years of independent research to discover the real truth of how the west was really won and at what expense to other cultures and the environment. So to help activate any kind of change, the first step is to acknowledge woes of the past. Thus, on our trips as we share our time on the beautiful waterways with everyone and all other life forms, we will always respect the original peoples, their values, and earth wisdom.

The Salmon River is the blood and life-flow of a spectacular waterway that emanates out of the heartbeat of the second deepest canyon in North America. Its medicine is powerful. Your soul will be enlivened by its spirit.